Matplotlib is one of the most commonly used tools for plotting in Python. In this article, we’ll look at how to use matplotlib to create some basic plots, such as line plots, pie chart, histograms, bar and scatter plots.

So, let’s get started with the line plot.

This is the most basic type of plot. A line plot is typically used to plot the relationship between two numerical variables.

Below is a code snippet for plotting the number of ice creams sold during a week. 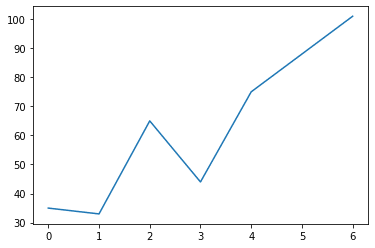 A line plot, simply put, connects the data points with a straight line.

A pie chart is a circular figure that depicts the percentage or proportion of data.

To create a pie chart, we can use the Matplotlib’s pie() function.

The following code snippet shows the market share of browsers worldwide. The stats are taken from this website. 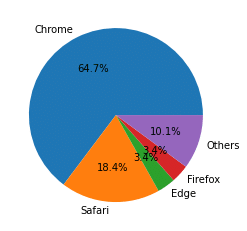 The autopct argument in the function pie() is used to show the percentage values on the pie chart.

If you want the slices to be separated, we can use the argument explode in the pie() function.

To explode all the slices use the following setting. 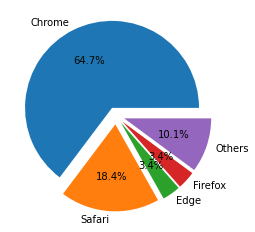 It’s worth noting that the length of the list provided to explode should be the same as the number of categories.

If you need to highlight the market share of a particular company, say, Safari, we can use the following. 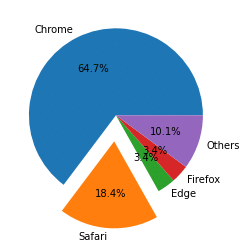 Another popular plot is scatter plot. It plots the relationship between two numeric features in a data set.

Each data point will have a x and y coordinate and is represented by a dot.

The following scatter plot shows the relationship between the experience and salary of people.

The CSV file can be downloaded here.

The following is the first 5 entries from the dataset. 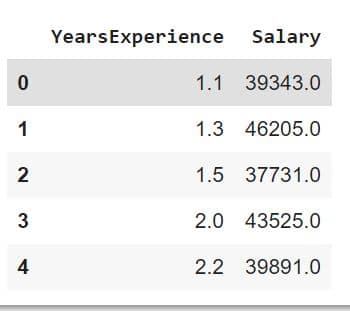 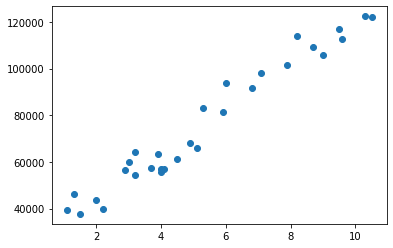 We’ll use the same ice cream sales data that we used for the line plot. 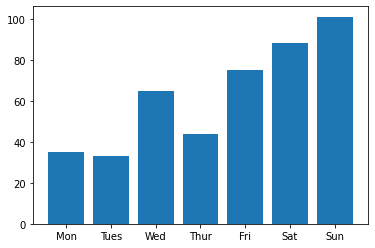 To plot a horizontal bar graph we can use the barh() function. 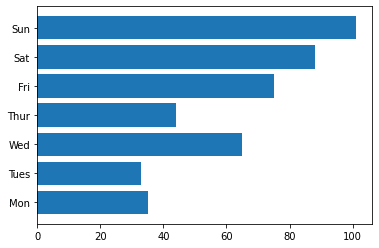 A histogram graphically depicts the distribution of numerical data. The range of values is divided into equal-sized bins. The height of each bin represents the frequency of values in that bin.

The following is an example of plotting the distribution of salaries(same data which we have used for scatter plot).

To draw the histogram we’ll make use the hist() function in matplotlib. It will group the data points into bins and plot the frequencies as bars for each bin. 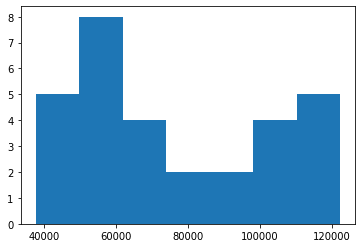 You can also change the size of the bin using the bins argument.

Box plot, also known as box-and-whisker plot, helps us to study the distribution of the data. It is a very convenient way to visualize the spread and skew of the data.

It is created by plotting the five-number summary of the dataset: minimum, first quartile, median, third quartile, and maximum.

If you’re curious about the five-number summary, I have written an article on How to Interpret Box Plots. Check it out.

The following code snippet plots the boxplot for the salary feature. 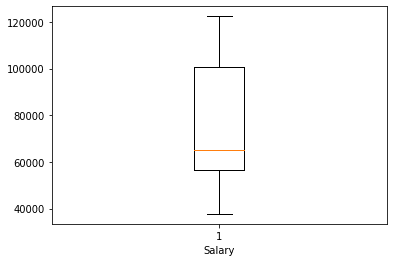 Now let’s see how we can improve the readability of our plots.

First, we’ll start with adding titles to our plots. We’ll use the line plot.

We can add the title to our plots by simply adding the line plt.title(). Similarly, the xlabel() and ylabel() functions can be used to add x and y labels. 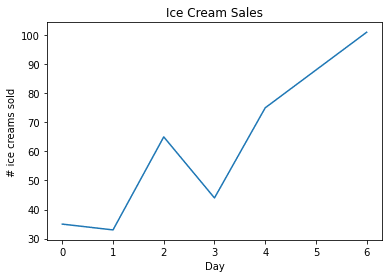 To add a legend to the plot, we must first pass a value to the plot() function’s argument label. Next, we need to add the legend() function from matplotlib. 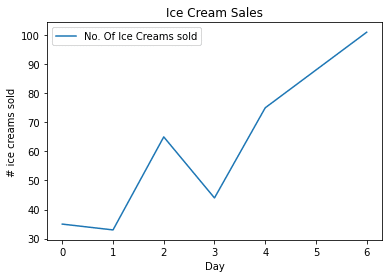 We can also change the location of the legend by passing value to the argument loc in the plt.legend() function. 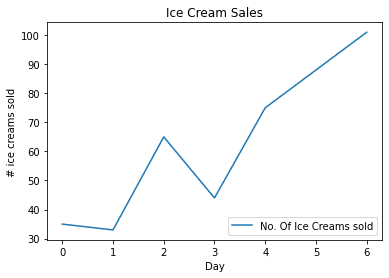 Now let’s say we have the names of the days on the x-axis instead of numbers. The resultant plot would look like the following. 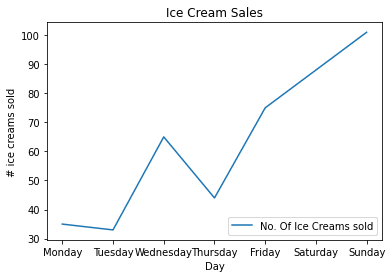 We can see that the x axis is little congested. To make this more readable, we can rotate the labels with the xticks() function.

By using the rotation parameter in the xticks() we can rotate the x-axis label.

The following code will rotate it vertically. 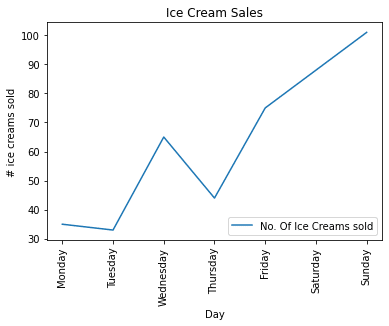 Similarly, we can use the yticks () to rotate the label on the y-axis.

All these techniques can be used for other plots as well.

Now let’s see how we can draw multiple plots on the same figure.

Matplotlib’s subplot() function can be used to create multiple plots on a single figure.

We’ll use the Iris data set to plot the distribution of different features using a histogram. You can download the data set from here.

The following code snippet will plot the histogram for all the four features in the iris dataset i.e., SepalLength, SepalWidth, PetalLength, and PetalWidth 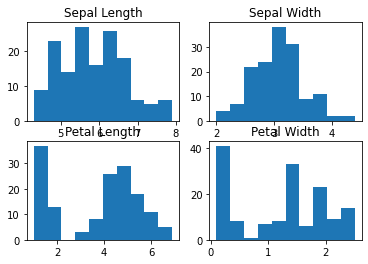 The subplot() function is the only thing that is new to us. So, let’s try to understand what the numbers inside the subplot() signify.

However, one problem with our multiplot figure is that the titles are overlapping and are difficult to read.

We can use the tight_layout() method to make the subplots more spaced out. 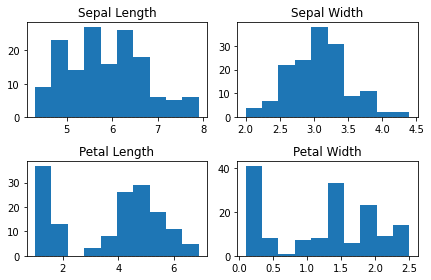 The titles in the above figure is more readable than the previous one.

To save the output we can use the savefig() method. We just need to pass the name for the file.

The following code snippet will save the output with the name output.png

You can find the complete code in this Github Repo.